La Zebra’s vibrant dining room frames one of the best beachscapes in Tulum. This quintessential establishment is a longtime favorite for many; from locals to travelers, couples to families, everyone will find their spot here. Our Chef Eleazar Bonilla brings you authentic Mexican flavours with menus that evolve from day to night and highlight the bountiful ingredients available throughout Mexico. Pro-Tip: Make sure to book an evening at the Chef”s Table which will take you through a culinary journey of Mexico!

TAKE A PEEK INSIDE OUR NEW DINNER MENU

Awarded by the Ministry of Tourism & Ministry of Health to restaurants that achieve excellence in food hygiene practices. 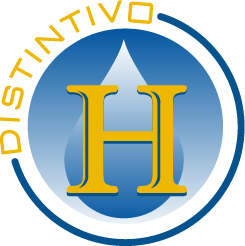 TAKE A PEEK INSIDE OUR MENUS

Are you ready to embark on a unique journey of discovery into the exciting flavors of Mexico? We present the best culinary event ‘Chef’s Table’ where Chef Eleazar Bonilla delights the senses with his 8 course tasting menu. Taking traditional Mexican ingredients and recipes, Chef Bonilla then creatively and expertly transforms them into culinary creations for the modern table. The menus are paired with signature cocktails, local artisanal beers, and show case some of the exquisite New World wines that Mexico now has on offer, resulting in a Mexican gastronomical experience for the true epicurean at heart! Chef Bonilla and his team are your hosts for the evening. The air conditioned room itself is very comfortable with a homely candlelit ambiance and decorated with Mexican antiques. As it is adjoined to the kitchen, curtains can be opened at any stage of the evening to allow viewing of the kitchen and the Chef in action. The table can seat up to 8 people. Celebrate this special and memorable experience with your partner, family or friends.

Chef Eleazar Bonilla was raised in Santiago de Querétaro, Mexico by a mother who was an exceptional cook and baker and a father who was a ‘tortillero’. As a child, Eleazar was delighted in classic Mexican ‘antojitos’ prepared by his parents – sparking a life-long love for Mexican food.

At the age of 8, frustrated with the food he was served while his parents were at work, Eleazar began to follow recipes found in his mothers cook books and culinary magazines.

His early culinary adventures led Eleazar to work professionally as a cook in his hometown, but he had his mind set on studying chemistry and developing a career outside of the kitchen. Despite his attempts to avoid cooking as a career, one day a street sign for a local culinary school sparked a flashback to the love of food he had experienced as a child, and he knew then that he was destined to become a chef.

While pursuing his degree at the Culinary Institute of Querétaro he supported himself by working in different restaurants around the city, working 12 hours a day in the kitchen followed by 8 hours of classes and homework – learning the discipline and determination required to be a leading executive chef.

In order to refine his Mexican cooking skills, he traveled and began cooking in a number of regions around the Mexico including: Mexico City, Guanajuato, Zacatecas, Durango, Tijuana, Mazatlan and Puebla. He drew inspiration from the varied styles and flavors in each region, and what he learned continues to influence his cooking today.

He knew that in order to accomplish his goals of working in large kitchens he would need to learn from the resorts in the coastal regions of Mexico, so in 2009, Eleazar found himself in the Riviera Maya and began to working as a dishwasher in a local resort. He worked his way up the ranks through several resorts and eventually became the Executive Sous Chef for the seven restaurants of Dreams Resort, Puerto Aventura; for a period of time he was even Executive Chef.

Chef Bonilla ventured south to Tulum to break free of the rigid resort environment and for an opportunity to combine all of his influences, cooking regional Mexican cuisine for guests of La Zebra hotel. Though he was offered many opportunities to return to the busier Playa del Carmen area, at La Zebra he saw an opportunity to create his own culinary team and the restaurant he’d always dreamed of leading. Utilizing regional ingredients and products never previously available in Quintana Roo, he aimed to introduce locals and tourists alike to the flavors of Mexico. The result: La Zebra has become one of the top restaurants in Tulum, and the most popular location to experience true Mexican cuisine in the area.

Jasper Soffer, master mixologist, has had a career in the bar industry as interesting and as lauded as the cocktails that he creates. Jasper began his career in London at the ShoChu Lounge and his Asian inspired cocktail menu was heralded by Time Out Magazine five times during his tenure at this London hot spot. He then moved to New York working in venues such as Spice Market and the legendary SoHo House, an exclusive, members-only club and hotel. During his tenure at the SoHo House Jasper was asked to join the Pegu Club by its founder Audrey Saunders, widely recognized as the leader of the high-end bar industry.

Here he worked to create a dynamic and interesting cocktail menu and with Jasper’s assistance and dedication Pegu Club took the honor of World’s Best Cocktail Bar in the Spirit Awards from Tales of the Cocktail in 2007 (the Oscars of bars/bartending.) From there Jasper moved on to manage Boom Boom Room at the Standard Hotel in New York City, one of the most popular bars in the city. The other big passion in his life; travel, took him to Australia, where once again he found success in a position at one of Sydney’s most famous bars, Eau du Vie, which won the World’s Best New Cocktail Bar award from Tales of the Cocktail in 2011.

Jasper went on to co-found Mulberry Project, taking the idea of creating bespoke cocktails around the world. Mulberry Project is responsible for pop up events in locations like Park City, Utah for the Sundance Film Festival and pop up bars in Israel, Iceland, Tanzania and Kenya.

The Mulberry Project pop up at La Zebra’s beach in Tulum was so hugely successful, it has become a permanent fixture. It was listed in the top 10 honorees for Best International Hotel Bar in Latin America & The Caribbean in Tales of the Cocktail 2020 Spirited Awards. Jasper joined the Colibri family in 2014 crafting exciting menus that perfectly compliment the unique identity of each hotel in the group. With a focus on fresh fruits and herbs found locally, his menus are inviting, fun and pay homage to their Mexican backdrop.