Hop on the mini mobile Mexican Tienda by La Zebra, a unique creative collaboration offering Mexican artisan products from the most inspired makers around the country. Bring a little piece of Mexico home with you! 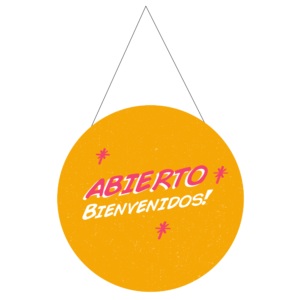 We connect Latin American culture through fashion, creating a space for creativity and virtuosity that encourages participation and facilitates our designers' access to the most demanding international markets. Through the noble fusion of haute couture with iconic and ancestral manufacturing techniques, we promote the rescue of the tangible and intangible heritage of the communities, thus supporting the durability and dissemination of their heritage, at the same time we promote new forms of responsible consumption based on respect for the environment and fair trade.

Every road is a new journey and each day a new opportunity. We are driven by the ambition to improve on what might seem impossible and are in constant pursuit of excellence in the creation of our perfumes. Our inspiration comes from flowers, herbs, and botanical scents from all over the word. All of our products are made with 100% natural oils, selected with care, and blended with precision. We are convinced that we will be part of your daily routine for many years to come. Thank you for your purchase and for believing in us!

What happens when two fashion lovers, one from Mexico and one from Switzerland, meet? The answer is Le miel. Le miel is a concept created to offer timeless and effortless collections. We work together with the best Mexican producers. When you purchase Le miel, you get quality handmade and sustainable products, so there are no two pieces alike. We invite you to say goodbye to fast fashion with our collection that you can wear all year long. So pack your Le miel et faisons le tour du monde!

Kaunis jewelry was born with the desire to share the secrets transmitted from generation to generation by Mexican artisans with the use of miyuki; creating totally handmade sets and designs with unique patterns of the best quality. The Deities represent the name of each collection because we are convinced that the women who represent us have in their hearts the personality of one: strong, controversial, full of life and unique beauty.

At Mera Mera we are in love with everything made in Mexico. We have always been passionate about traveling around the country and getting to the most authentic corners to get to know its culture and its people. We enjoy talking with the artisans, and on several occasions we have bought custom-made handicrafts, choosing the colors, patterns and even the design of the products we buy. At Mera Mera Palmera we seek to bring a little piece of Mexico to the whole world, while supporting local artisans.

Mecanico started seven years ago when Ricardo Flores decided to dye old pants, to later start with t-shirts, sweatshirts and jackets, until he decided to take a further step in the matter by investing two thousand pesos that he had saved in fabric for shirts, he created some designs and, Finally, he decided to start selling them in the Lagunilla market. Thats how the project of Mecánico Jeans began, the clothing brand that today already has eight stores distributed in Mexico City, Nuevo León, Yucatán, Quintana Roo, and Puebla.

Luxury beachwear and swimwear boutique offering premium fabrics, meaningful and versatile pieces that allow you to flow through special moments with style; from day relaxation to social shares. We also serve as the main distributor in Mexico to the prestigious Colombian swimwear brand PRÄIA. We love to inspire you to own your style and give it that authenticity seal that clearly stands out from the crowd. That‘s why, we want to make you fall in love with your swimwear and beachwear wardrobe, offering versatile pieces made with the highest quality standards and the most dedicated work to unique designs.

A proudly Mexican company At Gallitos we want to highlight the value of Mexican footwear, the work of artisans, generating a new concept of fashion and a visual identity that reflects its inspiration and its essence, which is the culture, traditions, colors and textures of our Mexico.

Who are we ? Punto Arte is a group of young people who promote Mexican culture (handmade). We spread genuine art, products and stories of artisans, artists and designers, based on your own style. Why handmade? It is the art of transmitting culture, customs and traditions, starting from Mexican craftsmanship and how they make & craft (handmade) to create your own style. Supporting the local economy.